Excerpt from Shamanism: Personal Quests of Communion with Nature and Creation

Published by Sacred Stories Publishing and shared with permission with credit to book and author given.

Today’s shaman leaves new footprints on paths of psychic awareness and spiritual wisdom that are more than 70,000 years old. Shamanism is a tradition of healing, power, and wisdom that sees all life as interconnected and sacred. The process of shamanic awakening is as vast as the universe itself. Physical and spiritual worlds blend with one another, and the shaman’s path lies in attaining a life of harmony with both.

The etymology of the word “shaman” is derived from the Tungusic Siberian word šamān, which means “to arouse oneself by heat through fire, to be the master of fire.” This arousal is known to shamanic initiates worldwide. The word’s secondary meaning is “he or she who speaks to spirits or is possessed by spirit.”

The shaman is our world’s oldest professional, and shamanism is the profession from which all modern medical doctors and ordained priests descend. The shaman is the original dramatist, musician, artist, intellectual, poet, bard, magician, juggler, folksinger, weatherman, healer, advisor of chiefs and kings, ambassador, trickster-transformer, and culture hero.

Those who hear the shaman’s call are known by many different names around the world. They may be called folk healer, witch doctor, curandero, curandera, brujo, midwife, hampiq, yatiri, kahuna, wakan, or simply medicine wo/man. Regardless of the name, the shaman’s path is one of healing service using human, animal, plant, mineral, and supernatural means. Shamans cure the sick, reveal things hidden in time and space, lead sacred ceremonies and ritual initiations, perform offerings to Mother Earth and Great Spirit, and are the revered bearers of ancient tribal lore.

Shamanism is perhaps the first medicine ever practiced, but it is more than just medicine. Shamanism is a way to see and make sense of the world. Many cultures, in all parts of the globe, operate with shamanistic beliefs. The internal logic of a shamanistic culture is far from simple; as a matter of fact, it is a truly remarkable way to conceptualize reality. Shamanism involves contact with ancestral spirit helpers, magical flight or soul travel, voluntary spirit possession, dreamwork, divination, life-and-death confrontations with daemonic entities, therianthropy or the shapeshifting of humans into animals (and vice versa), visionary trance, altered states of consciousness precipitated by the ingestion of sacramental plant medicines, and last but not least, an extraordinary repertoire of ritual healing arts, ethnobotanical treatment modalities, and earth-honoring ceremonial practices.

In the shamanic worldview, mind and body are inseparable. There is no distinction perceived between physical, psychological, spiritual, and social ills. Even life and death are not seen as separate conditions. Healing, in a native sense, means making a person whole by restoring the health of the body, mind, spirit, and community. Sometimes it means accepting what is. Tribal shamanic societies believe that we are part of the universe and must be in balance with all of Mother Earth and Father Sky in gratitude to Great Spirit; a lack of right relationship leads to a lack of balance. Shamanism can create the awareness necessary for the restorative right action so necessary today.

A shaman is one who develops a personal and intimate relationship with seen and unseen worlds for the purpose of being of service as a healer, to mediate between worlds on behalf of others and community. This relationship is cultivated experientially through self-induced, altered states of consciousness, ritual ceremony, and refined energetic awareness.

Runa Simi—mouth of the people—commonly known as Quechua, is the ancestral language of the Inka Empire, and the lingua franca for expressing the subtleties of existence on Earth. Quechua remains a genuine onomatopoeic “living language,” spoken by millions of indigenous Andean people today. Consequently, because of its magical, phonetic, imitative correspondence with the sounds of nature, Quechua—much like Vedic Sanskrit—plays a pivotal role in the global awakening of our shamanic soul.

Through storytelling, shamanic societies have connected with a sacred manner of knowing that transcends rational discourse and intellectual understanding. For thousands of years, indigenous people communicated primarily through oral tradition, which required the talents of revered storytellers. It also required listeners to open their minds and hearts and to listen with care so that they might, in turn, become keepers of the traditions. For tribal elders, words were magical, invisible, and powerful. Words were medicine; they were the way in which people knew themselves and the wider world around them.

In native stories, songs, dances, prayers, ritual arts, and sacred ceremonial objects, we can experience the unbroken tie of Spirit and know some of the cultural treasures held in heart by our original peoples. We can enter a timelessness where neither age nor chronology has meaning, where time stands still, and we live in the story. Through our delight, we can come into ways of knowing beyond that of any noun-based, descriptive, written language.

Shamans often learn their origin stories and medicine by dreaming and being taught by spirits. In the coastal desert, Andean highland, and Amazonian rainforest regions of Peru, a great number of native healers claim they’ve experienced the creation of the world in their dreamtime. As a matter of fact, my own mentor in traditional altomisayoq medicine ways, don Benito Qoriwaman Vargas, often told me that “he was present from the beginning and saw and heard it all.” He said he “lived our world’s beginning while it occurred in real time, by repeatedly dreaming the same creation story and thus learning it firsthand.” Once he had become proficient at living the origin story that he first dreamt, it took him a minimum of four nights to recount it, if asked.

In shamanic societies, the oral storytelling tradition keeps cultural truth alive as surely as food sustains the body. I once heard this truth underscored by San Carlos Apache elder Dale Curtis Miles when he said: “We do not like our stories referred to as myths; our sense of who we are in our worldview are wrapped up in these stories. Even clothing, tools, baskets, and other material culture so important in everyday life, have direct links to the stories of the people.”

Based on this understanding, shamanic storytelling is something lived and lived through, a way in which the soul finds itself in life; a form of soul-making that serves to de-literalize consciousness and restore its connection to our primordial and metaphorical cognitive origins. Heartfelt shamanic storytelling is a lived experience fraught with inspirational personal meaning. Such a story can fuel our human evolutionary direction and existential choice by recounting how a particular historical event has been altered by the intervention of the sacred and numinous in the world. In this way, the story serves to spiritualize our human relationship with ordinary dimensions of earthly reality.

In a nutshell, shamanic storytelling is soul-making par excellence, a de-literalizing of consciousness and thinning of the veil between the seen and unseen expressions of our Great Originating Mystery. This is why, in pre-literate societies, the oral tradition is not memorized but remembered.

Stories are a form of medicine. They have the power to heal and to clarify identity. Stories also unify the community by reinforcing our cultural and spiritual continuity. During traumatic events, indigenous people will use the stories they grew up with to make sense of their lives. Stories tell us that a difficult, painful experience—such as addiction, abuse, or loss—has in it the dormant seeds for transformation. The native philosophy holds that each transformation brings about the necessary teachings and experiences for the next crisis and transformation. The enlightenment process becomes a circle of greater and greater self-awareness as well as awareness of one’s place in the universal circle of friends, family, nation, and beyond.

A common understanding among indigenous peoples is that every time you heal someone, you give a piece of yourself away, until at some point, you will need healing yourself. You take something of yourself and give it away, free of charge. You do this because you believe you are connected to everything else. You become aware of yourself as a part of everything. You suffer momentarily so that someone else will not have to.

Among many native people, the “patient” or healee is placed on a chair in the center of a circle surrounded by his or her family, friends, and other trusted persons. Then the native healer or medicine person will often tell those present, “One day, you may possibly need to sit in that chair yourself.” This serves as a poignant reminder for those participating in a communal healing circle to never think of themselves as superior to the patient. We are all part of a Great Circle, and a circle has no head or top. I’m fond of reminding all earnest aspirants of initiation into the Great Work that “the first shall be last, and the last shall be first.” Jesus reportedly said this during his famed Sermon on the Mount. 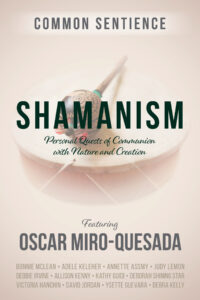 don Oscar Miro-Quesada is the author of the bestselling book SHAMANISM: Personal Quests of Communion with Nature and Creation. He is a transpersonal psychologist and respected kamasqa curandero and altomisayoq adept from Peru, is the originator of Pachakuti Mesa Tradition™ cross-cultural shamanism, founder of The Heart of the Healer (THOTH) Shamanic Mystery School, Fellow in Ethnopsychology with the Organization of American States, and Invited Observer to the United Nations Forum on Indigenous Issues.

Bad Bitch Quotes and Sayings To Make You Strong and Resilient

Quotes For Condolences On Loss Of A Father